I think I must give off a sort of Louis Theroux vibe. People on the most extreme fringes feel comfortable opening up to me for some reason, even as I make it clear that I’m not with them. This has given me the opportunity to have frank conversations over the years with fundamentalists and radicals of just about every ideological flavor. In each case, the currency of the realm is equivocation. Its function is not to prove that Side A is right by virtue of the fact that Side B has done bad things too; it is to show that Side A and Side B are the same, and so the only choice is Side C, which just turns out to be Side A by another name. It’s simple. It’s lazy. But it’s still the most effective way of sewing moral confusion. Mind you, this is nothing new…But add it to the epistemic confusion caused by information overload, and you’ve got a rhetorical H-bomb.

Equivocation is reason why Trump has been able to thrive where other politicians might have crashed and burned. And it’s why when Trump eventually does crash and burn, others will likely thrive in his place.

His “many sides” response to the white supremacist violence in Charlottesville, VA is the most disgusting example yet of Trump’s equivocalist rhetoric. The scary thing is that he was probably on mental autopilot when he said it. Equivocation is a worldview as much as it is a rhetorical tool. 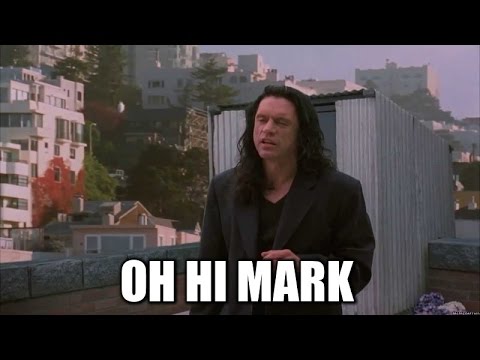 Elizabeth Bruenig has written an excellent piece in the Washington Post entitled “Why is millennial humor so weird?” While Bruenig is not the first person to diagnose the millennial condition through humor, her piece is the most clearheaded and insightful I’ve seen on the topic.

Bruenig focuses in particular on the aesthetics of absurdity in millennial cultural production, which, in contrast to absurdist aesthetics of the past, is not accented with outright pessimism:

Surrealism and its anarchic cousin dadaism are nothing new; neither is absurdism or weirdness in art. ‘The absurd,’ Albert Camus wrote in 1942, ‘is born of this confrontation between the human need [for happiness and reason] and the unreasonable silence of the world.’ Absurdity is the compulsion to go looking for meaning that simply isn’t there. Today’s surrealism draws aspects of all of these threads together with humor, creating an aesthetic world where (in common internet parlance) ‘lol, nothing matters,’ but things may turn out all right anyway.

I would add that millennial absurdism can further be defined against the cynicism and irony of postmodern cultural products (those belonging to baby boomers and gen x’ers). In postmodern culture, the central trope was self-referentiality–the practice of acknowledging production from within the production (think of the “S.O.B.s” episode of Arrested Development when the show found out it was going to be canceled). Here, we can go back to McLuhan’s distinction between hot and cold media. The postmodern aesthetic of self-referentiality was a bit like hot media in that its consumption was profoundly passive. It was so passive that its producers (writers, onscreen talent, etc.) positioned themselves as members of the audience, watching the production right along side us. In other words, even the producers removed themselves from the production. There was no need to go looking for meaning in context because, as the audience, we were the context. There was no meaning to be found outside of ourselves. Millennial absurdism by contrast takes the attitude that context is always yet to come; the audience must actively create the context by distorting the product.