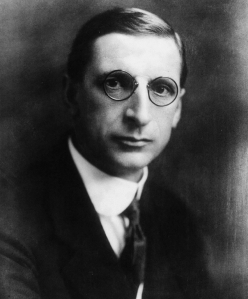 Modern Irish nationalism, which we might place in the time after Daniel O’Connell’s Catholic emancipation movement and before the establishment of the Free State in 1922, was a weaving together of three, sometimes conflicting ideological strands: socialist politics, Gaelic linguistic revival, and Catholic identity. These three strands were exemplified by the passions of three of the most important figures in modern Irish nationalism, each of whom had strong personal connections to nations beyond Ireland and who, therefore, helped to imagine an Irish nation (as was often the case among postcolonial nationalisms). There was James Connolly, a Scotsman by birth, who injected continental socialism into Irish nationalism; Patrick Pearse, both the son of an English father and an Irish language teacher who endeavored to take the Gaelic League (Conradh na Gaeilge) into the vanguard of militant, revolutionary politics; and Eamon de Valera–American born and of Spanish-Irish descent–who, as both Taoiseach and President of the Republic, ensured that Ireland’s political and educational infrastructure would be unwaveringly Catholic for generations to come. Both Connolly and Pearse were executed by the British after the 1916 Easter Uprising. De Valera was a dominant presence in Irish government until his death in 1975. The socialist strand was effectively crushed in the civil war between pro- and anti-treaty forces, though republican militants in the North would remain nominally faithful to it through the Troubles and the Good Friday Agreement era.  And there are signs that the other two strands of nationalism in Ireland are weakening in contemporary Ireland. A 2016 census, for instance, showed that the numbers of people who identify as religious and who speak Irish and a daily basis have dropped since the 2006 census. An old fashioned nationalist might say that Ireland is once again becoming West Britain, and that most people in the Republic wouldn’t feel the difference if they were being governed from London instead of Dublin. And indeed, despite their Gaelic names, the two dominant political parties in the Republic–Fine Fail and (especially) Fine Gael–have melded into two species of Tory. It would, however, be more difficult to make that case since the Brexit vote, the election of Donald J. Trump, and the beginning of the end of the Anglo-American order. Despite what sometimes feels like the suffocating influence of British and American media culture, Ireland is clearly hitching its political wagon to Europe, which is what a figure such as Connolly would have envisioned all along (minus, of course, the neoliberal economic agenda of Fine Gael). So, assuming that we are not hurling rapidly into a post-nationalist era (and it sure doesn’t look that way at the moment), what will nationalism in Ireland look like in coming decades? What might that tell us about the future of other nationalisms in the wake of the Anglo-American order’s decline?

During my time in Ireland this summer, I have been focusing mainly on the linguistic strand, though that is of course inextricably bound up with the political and religious strands. The decline of religiosity is predictable and comports with long-term trends in other Western nations. Ireland, of course, is different from other Western European nations in that religious identity has survived into modern age as being just as important as religious ideology and practice. Even in Northern Ireland, however, where sectarian identity had been virtually synonymous with ethnic and political identity, the language of Protestant majority/Catholic minority is being phased out of political discourse on both the nationalist and loyalist sides of the argument. And at any rate, with Protestant/Catholic demographics evening and the infusion of people from other faith traditions, Northern Ireland may soon be a minority-majority region. In the South, religious identity is giving way to a cosmopolitan identity among the urban middle classes and those aspiring to be middle class. This too appears to be tinged with a little bit of nationalistic schadenfreude, as the Irish finally see their chance to scoff at the provincialism of the British and the Americans. This shift towards a cosmopolitan identity was perhaps expressed by Fine Gael’s recent selection of Leo Varadkar as Taoiseach. Varadkar is both the son of an Indian immigrant and openly gay. He is also the youngest taoiseach in Ireland’s history. And yet his neoliberal, pro-austerity politics are decidedly stuck in the Celtic Tiger generation. I do not have the data to back up any credible arguments here, but it is hard to see the two main parties capturing the political aspirations of Ireland’s post-recession youth.

Although its population is still relatively small and agriculture is still a significant part of its economy, Ireland, like the rest of the world, is urbanizing. From the outset, this looks like bad news for the Irish language. There really is very little Irish spoken on a daily basis outside of the rural Gaeltacht areas, and according to the 2016 census mentioned above, all but one of the Gaelachts (Port Láirge/Waterford) have shrunk. Up until recently, Irish has been one of those things that everyone thought was a good idea but which hardly anyone wanted to engage on a day-to-day basis. Talk to just any adult in Ireland, and they’ll tell you that Irish has failed because it was taught so poorly in the schools. No doubt, there’s some truth to that. Irish language education has improved, but many young Irish people, like their contemporaries in America and Britain, are convinced that humanistic endeavors (language, culture, art, etc.) are wasteful and extravagant, and that only the immediate and practical are worth pursuing. But what I have found, particularly among working class and non-Irish speaking rural adults, is not just a resentment of Irish language education, but a simmering resentment of the Irish language itself (or at least a resentment of those who promote the language). For these individuals, Irish is not just a lost language about which one is occasionally wistful but mostly indifferent; it is a foreign language associated with an elite political class, not unlike the way Russian was seen in former Soviet Block countries in the 1990s. And indeed, the real growth–the only growth–in Irish language speakers in recent years has been among graduates of Gaelscoils (all Irish medium schools) whose students are often urban and affluent. There are, of course, other reasons why some in Ireland would resent the promotion of Irish. But the fact is that there is a small generation of young, fluent Irish speakers who are about to take their place in the top rungs of an economically polarized Irish society. But can it be argued, albeit from a cold, clinical perspective, that this can actually be a good thing for the survival of the Irish language?

If you’re in Galway City on a Sunday afternoon in the middle of June, you can walk down to the entrance of the NUI Galway campus. There you will see massive fleet of buses parked on the street. One of Ireland’s annual great migrations is about to begin. Hundreds of young teenagers from all over the country are about to depart for towns like Spidéal and Cheathrú Rua in the Connemara Gaeltacht for their summer immersion experience. For families who can afford these summer programs, there is a promise that their children will have a leg up on the Irish Leaving Cert exams they’ll be taking when they are seventeen or eighteen. Such programs provide a vital infusion of cash into rural communities whose economies and populations are otherwise diminished. There is a relationship of mutual dependence between the Irish education system and Gaeltacht communities, but is it a healthy relationship? Despite the income from summer immersion programs and tourism, Gaeltacht communities are still hemorrhaging young people. And by depending so heavily on those few communities for the survival of the Irish language, the Irish government has contributed to the idea that Gaelic is a relic of Ireland’s distant and rural past–a relic to be preserved but a relic nevertheless. 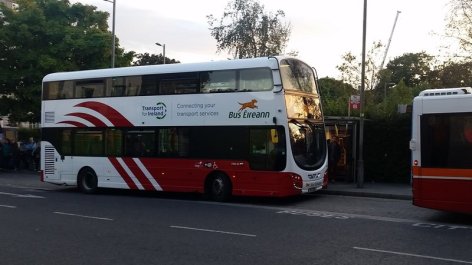 But if the Irish language is in the hands of a new, elite generation of young speakers, attitudes may change. Instead of being a relic of an outdated nationalism, the image of the Irish language may become forward-looking and aspirational. And indeed, the new Gaelscoil (or Post-Gaeltacht) Irish is a rich, relatively untapped seam for sociolinguists as well as for those who study morpho-syntax and phonology (if you’re interested, please check out Brian Ó Broin’s excellent lecture on the subject).  But in order to survive as a living, national language, Gaelscoil Irish must become transgenerational. Again, it’s an extremely understudied area, but so far, there is very little evidence of this happening on a significant scale. In order for this to happen there has to be some motivation for elites to maintain the language on a daily basis. The Irish government could, for instance, step up their language requirements for civil service jobs and political appointments. Perhaps they could even call for Irish speaker quotas in corporations like Apple and Facebook, for whom Ireland serves as a virtual tax shelter. Of course, this is all extremely unlikely to happen under a Fine Gael government. And anyway, as long as Irish society becomes more economically polarized, such policies would, understandably, alienate the majority of Irish people. It seems that at least two strings of Irish nationalism must remain viable for either one to hold.

My guess is that Irish will continue to diminish as a living language. But it won’t go away. It seems destined to become a secular liturgical language, known in extended fragments by elites for ceremonial purposes. It’s been on that path for some time. It’s an unraveling of the three strands that begins by pulling on any one string.

But these are just preliminary observations. Who knows how Ireland’s nationalism or any collectivist ideology may reinvent itself in coming years? I’ll keep looking into it.

The Motley News
ECOLOGY WITHOUT NATURE